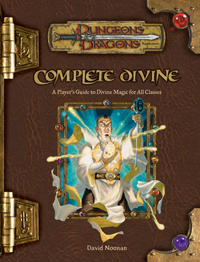 Results 1 to 6 of 6. The prestige classes included have been revised and updated based on player feedback, and there are rules for unusual combat situations. The tips and data provided will assist all class types including those classes not typically associated with melee combat.

It’s done in the “Faux Tome” look of most WotC books and displays a heavily armored character clutching the severed head of some beastie.

The book starts with an introduction, and as many know, I detest introductions. Fortunatly this one doesn’t even run a page so I have very little to complain about. Hexblade- A Warrior able to curse his foes, with the aid of a small selection of spells and the ability to summon a familar this is a ery interesting class that I hope to use someday soon for an Evil NPC.

Samurai- Didn’t WotC already take a stab at the Samurai? Yep, but they decided to go back and fix what wasn’t broken. What we end up with is a Samurai class focused on Dual wielding their Daisho an Idea I intensely dislike and who are skilled at staring contests. Between Oriental Adventures, The Quintessential Samurai, and this I now have three choices of Samurai core classes and this is by far my least favorite The Quintessential Samurai being my most favorite.

Swashbuckler- Now I’m always up for a swashbuckler class, but instead of giving a smaller list of bonus feats that focus on quickness the Swashbuckler gets a smattering of okay abilities, but in doing so they get pigeon holed and lose their ability to be indivuals. I’d rather use the specialist fighters from Dragon Variant Paladins and Ranges Without Spells- I love this in theory, and as far as paladins go I love how it’s implemented, my only gripe is about the ranger.

I’ve always disliked the idea of Rangers having access to spells, so when you take away their spells what do you give them? I would at least come up with non-magical explanations for their powers for a low magic setting. My complaints aside I love these things and have a low magic setting just perfect for them:: Eyes a collection of black books with red lettering on the spines:: Prestige Classes It kind of went without saying Bear Warrior 5 Blade Singer 6 – You got it right now guys Kensai 6 – Good in theory, not too sure how it’ll work in practice Knight of the Chalice 6 – Minus the Favored Foe requirement, but it doesn’t look like anyone told the writers.

Feats, all of them reprinted from other sources, complete with divine feats originally from Defenders of the Faith. What is new are the Tactical feats.

They allow you to get a bonus in three very specific instances. At first I wasn’t keen on the idea. 35e reading them I realized that they would help spark a player’s imagination in the game.

You won’t hear “I hit the Orc” when one can “Charge the Orc, and Bullrush him into the orc behind him” We also get weapon styles, I was disappointed with them conplete because they were all variations on two weapon fighting. It got old quickly. The rest of the chapter rounds out with spells, arcane guardians for the improved familar featand new uses for old skills. Fantasy Warfare This chapter begins with a discussion s&d Histocial Warfare vs. Then various campaign ideas, for example a military campaign, sporting events like jousts, archery contests, gladitorial games, and so much more.

The we move into magical items, warrior organizations, deities for warriors, epic feats for warriors, and the book ends with a collection of Exotic weapons. A fairly small collection when one stops to think about it.

If one took all the new material in this book odds are they’d have just enough to fill an article in Dragon. WotC is just recycling their existing body of work.

This book also suffered from a big problem when it came to art. In the prestige class section I found myself saying “I liked the original artwork better” if you’re rewriting an existing prestige class you have got to make sure the art grabs the reader and makes them want to use it. Bottom line, if you want original ideas you’re going to have to go to a third party publisher, because WotC seems very interested in recycling what they have. It’s official, I gave it a 2. Okay, okay, that’s a little unfair.

Each accessory was therefore a bit of hit-and-miss. The pages within are typical for WotC products, glossy with a fair amount of art. When it comes to styles, there’s a healthy range of artists found therein. My favorite would be Wayne A. Reynolds WAR yet again, who did the cover and a few of the illustratons within.

I also appreciate Ginger Compete represntations of the bladesinger prC and the Swashbuckler core class. The rest is fairly good, although I’m well aware that some artists whose work has graced for example the pages of the Dragonlance HC, the Epic Level handbook, or Races of Faerun may not be to everyone’s tastes.

The first chapter, Classes, is fairly short only 8 pagesbut I’m not so sure that people are clamoring for a xomplete of new core classes. Here we have the Hexblade, truly a new class, although it could just as easily been made into a PrC. If it feels like a PrC, walks like a PrC The Samurai class 3.55e derived from that found in Oriental Adventures but is more detailed and can wield the katana and wakizashi together in combat the Two Swords as One feature.

I’m not an expert on samurai, nor samurai films but I was under the impression that samurai preferred fighting with the katana with the wakizashi more or less as a back-up weapon. This does give me ranger deja vu since this ‘Two Swords as One’ feature improves as one progresses in level.

Not the best idea. Also, providing Improved Initiative as a free feat at conplete level isn’t either. My suggestion would be to give a Samurai character a fighter feat of their choice if they take Improved Initiative early on. The Swashbuckler feels the most like a core class and is distinct from the fighter class.

Instead of bonus feats every other level, the Swashbuckler has class features such as Grace and Acrobatic Charge. It does provide Weapon Finesse for free at 1st level, mind you, but that makes sense. All things considered, the Swashbuckler ought to use a d8 instead of a d Maybe I have a prejudiced view but the swashbuckler shouldn’t be as tough a front-liner as the fighter when it comes to hit dice.

It’s still balanced in it’s current form, however, and compares favorably with the Unfettered Arcana unearthed without having a sneak attack feature or magical parrying capablity. Insightful strike, D&&d Critical, and Wounding 3.55e make up for that complets. Yes, there’s more than one way to skin the proverbial rabbit or is it a cat? As mentioned by other reviewers, there’s a few paragraphs on variant paladins and rangers.

If you feel that magic is too pervasive among the classes, dd is for you. It’s not warrlor me, however. The ranger may be harder for some to justify as having spells, but it could easily be passed off by other other means.

Chapter 2, Prestige Classes Hold your horsies, folks. Again, let’s look at what’s in here. From what I can tell, the Bear Warrior and Kensai have been tweaked somewhat.

The Tatooed Monk, hmm Doesn’t mean it’s a bad warrlor, of course. There are also a fair number of PrC’s that debuted in Dragon magazine previously, such as the Darkwood Stalker and Stonelord.

They both look good, although I doubt I’ll get much mileage from the Darkwood Stalker since my campaign doesn’t feature orcs as foes often enough. The Justiciar also looks like the one printed in Dragon magazine. It’s just as well.

My favorites from the revised PrCs happen to be the Bladesinger and Spellsword. In some ways this is an improvement, at the same time it’s a nerf. I thought its Channel Spell ability was going to be like that of the Raumathari Battlemage found in The Unapproachable East book but I was happily mistaken. Now the Spellsword can channel a spell through his melee weapon as a move action and unleash it right there upon a successful strike or let it reside within the weapon for up to 8 hours’ time before dissipating.

Nice and simple, none of that other junk to muck it up. And, at 10th level, they can channel two spells into their weapon requiring a move action per spell channeled. Cokplete about the new prestige classes?

There’s the Dervish, who can do a dervish ‘dance’ ckmplete cut opponents up using the Dance of Death, etc It’s different and effective while at the same time catering to a different role–in other words, RPers should appreciate it as much as those looking for a new PrC to kick arse with. The Frenzied Berserker is good–that is, if you like to really wig out during a fight even moreso than just a straight barbarian. The Master of the Unseen hand is a new take on telekinetic force used as a weapon.

Would I use it? Sure, once I get used to the concept. I definitely like the Mindspy, although the illustration of a doppleganger mindspy is unsettling I’m sure I missed a few but I wasn’t certain whether the war chanter and War Shaper aren’t from the Miniatures Handbook. Chapter 3 deals with feats, which I’ll breeze through compelte little faster than the previous one. Most of this is old hat with some tweaks involved.

I’m glad it’s in one place so I don’t have to look through older sources. 3.5 are ‘tactical feats’ which enable the use of three tactical maneuvers, such as Cavalry Charge. Feats are precious, and some feats are hardly taken because their utility is too narrow. This is one way to address that and allows one to do more in combat than swing-hit-miss. Then there are weapon style feats, which I like even more.

However, it would’ve been nice to have seen a feat that removed penalties for using two weapons of the same size of Medium or largerbut that’s another story.