To explore network evolvability, we constructed recombinations of promoters (including regulatory regions) with different transcription or σ-factor genes in. Skip to main content. European Bioinformatics Institute. Evolvability and hierarchy in rewired bacterial gene networks. Sequencing DNA from several organisms has revealed that duplication and drift of existing genes have primarily moulded the contents of a given genome. 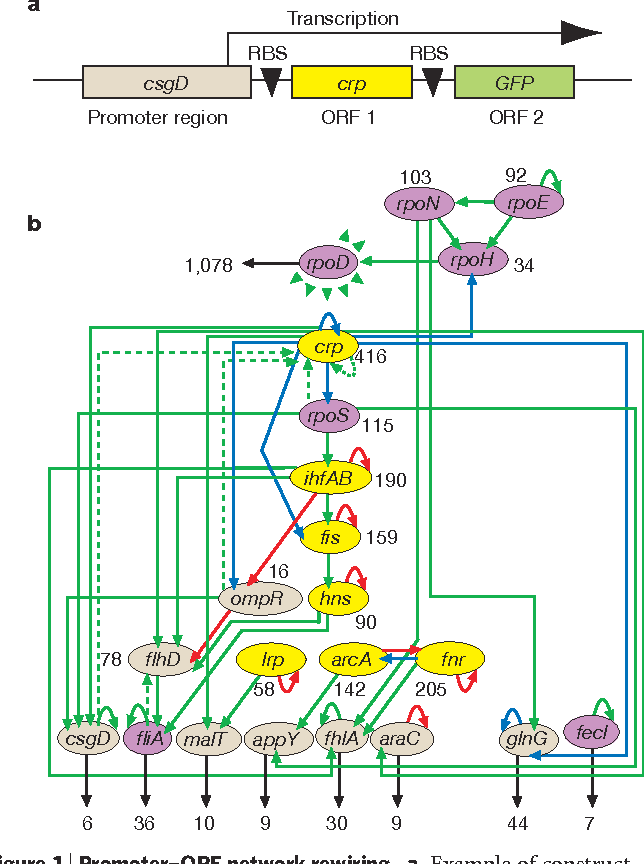 Proceedings of the National Academy of Sciences 94 11, Mean values are for CTA Following 2-fold screening of the library we identified a subset of rewiring constructs that robustly enhance lycopene production Figure 3B. Aravind Journal of molecular biology Citations Publications citing this paper.

For example, the spider silk fragment is highly repetitive. The generation of rewired transcriptional networks, selection for specific phenotypes, and analysis of resulting library members is a powerful tool for engineering cellular behavior and may enable improved integration of heterologous protein and metabolite pathways.

Expression cassettes were amplified using the primers in Dataset S2 and assembled via one-pot isothermal assembly. Proteins were constructed as fusions with GFP to observe expression level. The population of expression enhanced clones was dominated by rewiring solutions involved in oxidative stress and protein metabolism regulation Figure 1E. Management of the cellular redox state may be important for robust lycopene production. A stationary-phase gene in Saccharomyces cerevisiae is a member of a novel, highly conserved gene family.

Transformations were carried out as in 15with bacteriql and maintenance following Invitrogen protocols.

Gene Duplication Abnormality Recombination, Genetic. BurgaManpreet S. Proceedings of the National Academy of Sciences 4, Clones with enhanced heterologous expression are selected and re-screened to verify enhanced expression. We then normalized the fluorescence of each clone by subtracting mean plate fluorescence and dividing by plate standard deviation.

Similarly, a second rewiring solution enhancing lycopene production is the copper binding transcription regulator MAC1, which is required for numerous abiotic stress responses including oxidative and heavy metal stress Their combined citations are counted only for the first article.

Though gebe effect of knocking out or overexpressing a particular gene has been studied in many organisms, no study has systematically explored the effect of adding new links in a biological network. 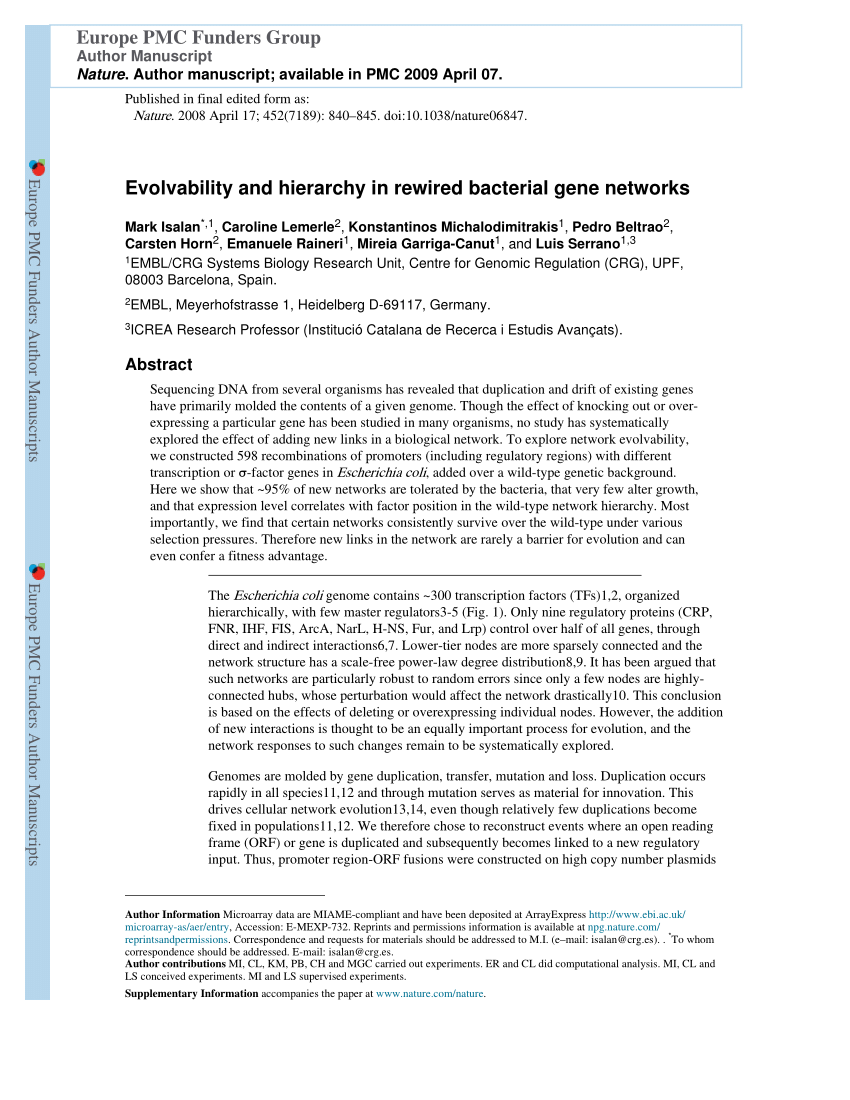 Synthetic biology systems biology protein engineering bacterrial fingers. Effects of inactivation and constitutive expression of the unfolded-protein response pathway on protein production in the yeast Saccharomyces rfwired. In particular, regulatory nodes with high connectivity, those that act as communication bridges between distant parts of the network, and nodes at the top of regulatory hierarchies tend to be essential to system function 1838 Current opinion in structural biology evolvabilty 4, Related articles in Web of Science Google Scholar.

Collins Annual review of biophysics Primers were designed to amplify bp of selected promoters or the CDS of a gene. SNZ3 is a stationary phase induced protein involved in carbon source metabolism 2829This solution suggests that altered control of nitrogen regulation may also be important for lycopene production. The rewiring promoter and CDS library and lycopene pathway were cloned into the his4 locus in a single vector. Chromogenic substrate development was monitored at nm over 20 min.

Automatic clustering of orthologs and in-paralogs from pairwise species comparisons. Regulation of alcohol oxidase synthesis in Hansenula polymorpha: From biofuels and chemicals, to biocatalysis and bioremediation. Evolvabilitg of recombinant proteins and metabolites in neyworks The ability to program cellular behaviour is a major goal of synthetic biology, with applications in health, agriculture and chemicals production.

Topics Discussed in This Paper. This strategy is demonstrated in yeast strains that hietarchy significantly enhanced heterologous protein expression and higher titers of terpenoid production. A full list of library components is given in the Dataset S1. Primary library samples which showed expression greater than two standard deviations from the mean were assayed a second time.

This library was constructed in tandem with a cassette for high-level expression of a heterologous reporter: Overall, these results reveal a diversity of solutions for improving lycopene production and suggest that the rewiring approach can be used to enhance a variety of industrially-relevant phenotypes.

We found that introducing novel connections in the cellular regulatory network enabled us to increase the production of heterologous proteins and metabolites. The production of proteins and metabolites using engineered microbial strains is an area of significant interest for many industries, including therapeutics, biomass processing, food and beverage, agriculture and materials 1 — 5. Rewired genes identified in library screens are shown in the context of their endogenous roles—natural and non-modified.

URE2-like compared to control for growth normalized clones. The abundance of the CTA